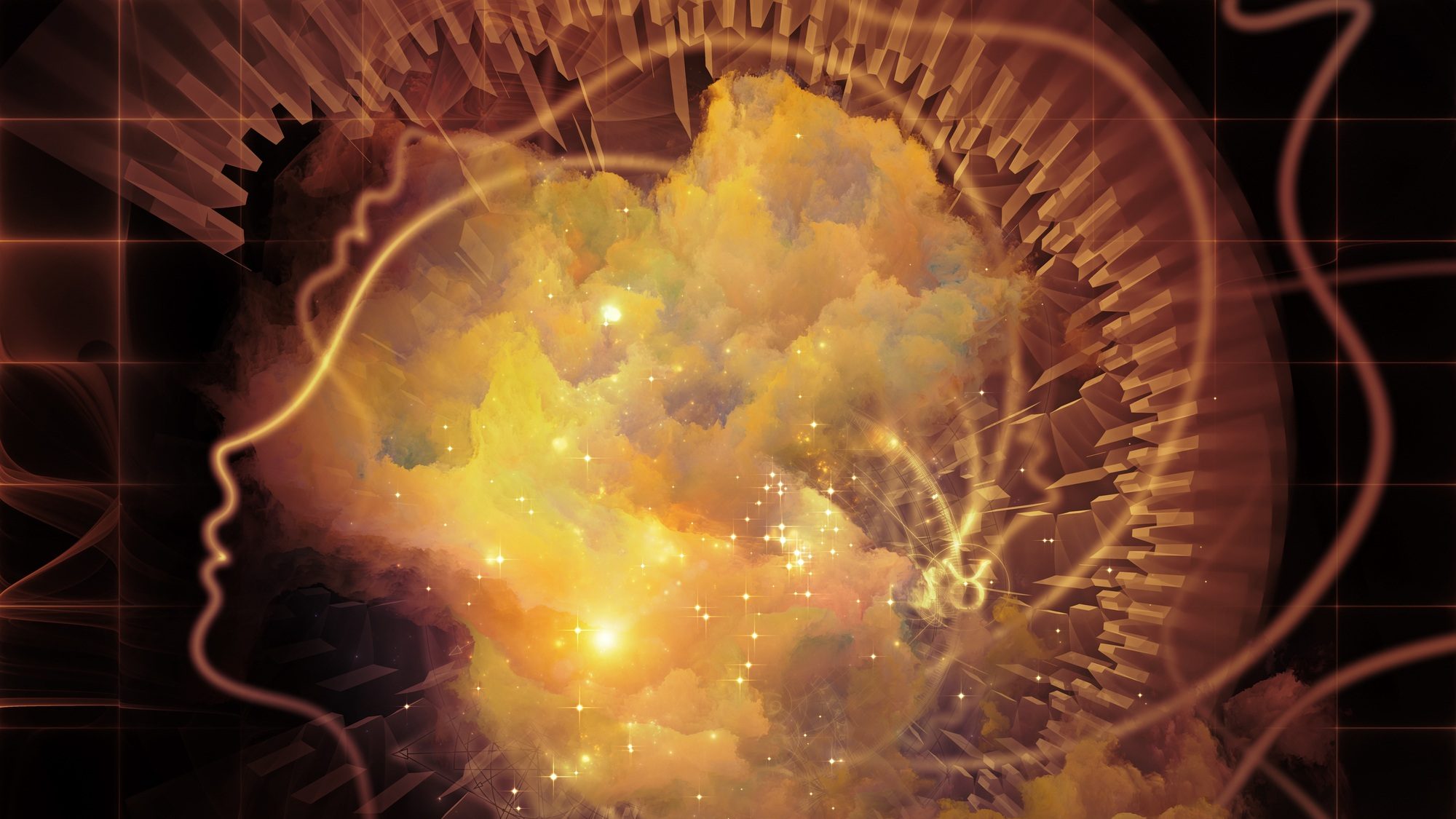 Have you ever found yourself looking for answers to deep rooted societal or political issues? Or what about insights into human nature itself? If so, you’re going to want to check out our list of best philosophy books.

Just a heads up, philosophy books are not generally the easiest things in the world to read. However, that doesn’t mean they’re not as great as other books. If you can’t understand what’s going on right away, take your time. Read it one chapter at a time then analyze it. Not only will you get more out of it, you’ll be reading philosophy the way it was intended. You’ll eventually get the hang of it.

Plato’s Dialogues are best possible way to get jump started into his philosophy. These form the majority of Plato’s thoughts on forms and the soul. Mind you, these aren’t easy reads. Not by today’s modern standards anyway. But once you really start getting into it, they’ll become much easier.

It’s often recommended to read Apology first. It will lay the groundwork for the rest of dialogues.

The Critique of Pure Reason
$8.48
Check It Out on Amazon!

This book by Immanuel Kant is considered to be a cornerstone of the Enlightenment Era. And this as well can be a challenging read. In order to truly grasp the concepts put forth, you’ll need some background knowledge on the beliefs of John Locke and David Hume.

Once that’s done, Kant will introduce you to his take on knowledge and its two divisions: the analytic judgement and the synthetic judgment. He then goes on to explain how humans can acquire knowledge and determine truths. If you’re looking for an extended reading project…Kant is a great place to get wrapped up in.

The Prince is often claimed to be the beginning of modern philosophy–more precisely, modern political philosophy. He claims that the effective truth should hold more merit than any abstract ideal. Now, in Machiavelli’s day, this was not looked upon with good favor particularly with the Catholic Church. As a matter of fact, he was in direct conflict with the Church on how to balance politics with ethics.

It’s not too difficult nor too long a read as far the rest of these best philosophy books. But that’s not to say that there isn’t any value. It’s a great book that’s easily stood the test of time.

The Metaphysics of The Healing

The Metaphysics of The Healing (Brigham Young University - Islamic Translation Series)
$65.75
Check It Out on Amazon!

Perhaps the most influential pre-Modern philosopher of all time is Avicenna. While Plato, Socrates, and Aristotle are more widely known, their practical influence wanes in comparison. Avicenna not only wrote over 150 books on philosophy but he also completed over 40 on medicine. The longest of his medicinal works is The Canon of Healing and is over 1 MILLION WORDS long!

But he follows up his canon with the Metaphysics of Healing. It’s a bit more digestible and philosophic. In it, he ponders the cause of all things and questioning the nature of God. And by doing so derives his concept of Divine Causation and what would be the idyllic “virtuous city”.

The Art of War

This ancient Chinese text written by Sun Tzu is a book on military philosophy. It touches on how to command and lead an army, battle strategies, guerilla warfare, espionage, and so much more. And to this day, it still hold a high regard to military strategists around the world.

However, military personnel aren’t the only ones who find this book revealing. Many of these same principles can be applied in business as well. And if you’re in a position of responsibility and power–or even want to be in the future–this is an absolute must-read.

It’s not every day you write a book and develop an entirely new religion or way of life. But that exactly what happened with Lao Tzu. His philosophies presented in the Tao Te Ching laid the groundwork for Taoism–a religion with 12 million followers today.

The Tao Te Ching focuses on following the Tao–or the way. It’s the essential source of all existence and found within the least obvious of places.

The Communist Manifesto
$7.89
Check It Out on Amazon!

Whether you believe in its philosophy or not, one thing is certain about The Communist Manifesto. It’s easily one of the most influential books to have ever been written. Shortly after its release in 1847, much of Europe was under revolution stemmed partly by this lightning-quick read.

Marx and Engels didn’t set out to build Communist propaganda–although it was later used as such–but instead, honestly felt that they had unlocked some magic solution to society as a whole. And again, you don’t have to like or agree with the ideology. But there’s zero doubt of the importance that The Communist Manifesto had and still has to this day.

Darwinian Populations and Natural Selection
$19.79
Check It Out on Amazon!

In 1859, a man named Charles Darwin picked the world up and dropped it on its head. With his theory of natural selection–a theory that propelled evolution–the history of mankind was forever changed and forever disputed. Peter Godfrey-Smith draws upon Darwin’s conclusion and further expands upon them.

He applies Darwin’s scientific principles to individual culture mechanisms and societies at large. He puts forth that societies must also rise and fall through the course of natural selection and Darwinian populations. This is another real hot bed of debate even now.

Beyond Good and Evil

Beyond Good and Evil
$6.99
Check It Out on Amazon!

It wouldn’t be a list of best philosophy books without Nietzche. And it wouldn’t be Nietzche without him insulting past philosophers. Whaddya gonna say? Haters gonna hate.

In this book, he accuses past philosophers of lacking critical sense and blindly following their dogmatic premises in their search of morality. And more specifically so, that the good man and the evil man are complete opposites. Nietzche proposes that duality is kind of murky. That the evil man only appears evil because he finds more direct action within his reactionary responses.

Leviathan is another classic political philosophy book. Written during the English Civil War, Thomas Hobbes presents his argument for a social contract. This is where the public has consented to waive some of their rights and freedom and submit to the overarching authority. All of this in order to protect their remaining rights and freedoms or save the society at large.

Hobbes believed this to be the best situation for the time he was in. That only through a strong undivided government could the nation overcome its calamities.

Philosophy literally means “the love of wisdom”. But broadly speaking, philosophy is the study of general and fundamental problems. These problem areas can include:

And in order to really be considered philosophy. there must be two main components:

What are the main branches of Philosophy?

Philosophy can be broken up into six distinct branches each with their own visions and goals.

This is probably what you first think of when thinking about philosophy. Epistemology deals with nature and the scope of human knowledge. It asks questions such as:

This is the more empirical and scientific branch of psychology. However, it still follows the metaphorical and abstract. It questions the fundamental nature of the universe around us. Cosmology and Ontology are the two sub-branches of metaphysics.

Cosmology: This is a scientific study of the fabric of the Universe. It entails studying all of the components that exist within such as stars, black holes, quasars, etc. in order to draw conclusions that fall under generally accepted natural law.

Ontology: This is the study of what types of things actually exist in the world and where they belong in the over-arching heirarchy of things.

This is the philosophical study of reason. Logic is often divided into two different realms: deductive and inductive reasoning. Deductive reasoning is similar to what Sherlock Holmes does. He takes observations and definitions to draw a conclusion. Inductive reasoning, on the other hand, is a more practical approach. It states that you can define a solution based off of a specific situation.

This is all about your morals and virtues.

Good vs Evil. Right vs Wrong. Justice vs Revenge.

Ethics questions and debates are among the most interesting to observe. And that because everyone can have their own ethical code. So despite what your professor may believe, there is no definite right or wrong answer. You just need to be sure to follow up with the two tenets of philosophy–a systemic approach and viable rational argument.

This is the branch of philosophy that deals all about the nature of beauty–aka it’s all boutcha girl Sam. All kidding aside, This actually delves in pretty deep scientifically dealing with sensory issues and how they define your personal taste.

While the others above can be exciting, there’s really nothing for argumentative for people in general than politics. And political philosophy is no different. This taps into the roles between citizens and their governing bodies, methodology for governing, etc….

The Best Philosophy Books for Beginners

Look, I get it. Not all philosophy is exciting. As a matter of fact, it can be pretty tough and dry to read. But don’t worry. If you’re looking to get into philosophy for personal or educational matters, you don’t need to dive head first into the Masters’ magnum opuses.

Check out The Personal Philosophy Project’s take on the best philosophy books for beginners!

Are you ready to get enlightened?

Now that you got some of the basics down… are you ready to curl up with your best e-reader and get your learn on?  I know I am.

Philosophy is more than just a bunch of old white-bearded whackadoodles debating everything and nothing all at once. It’s a real issue that confronts us everyday of our lives. It’s important that we give it the respect it deserves.