11 Books like Gone Girl: Reads for Fans of Psychological Thrillers 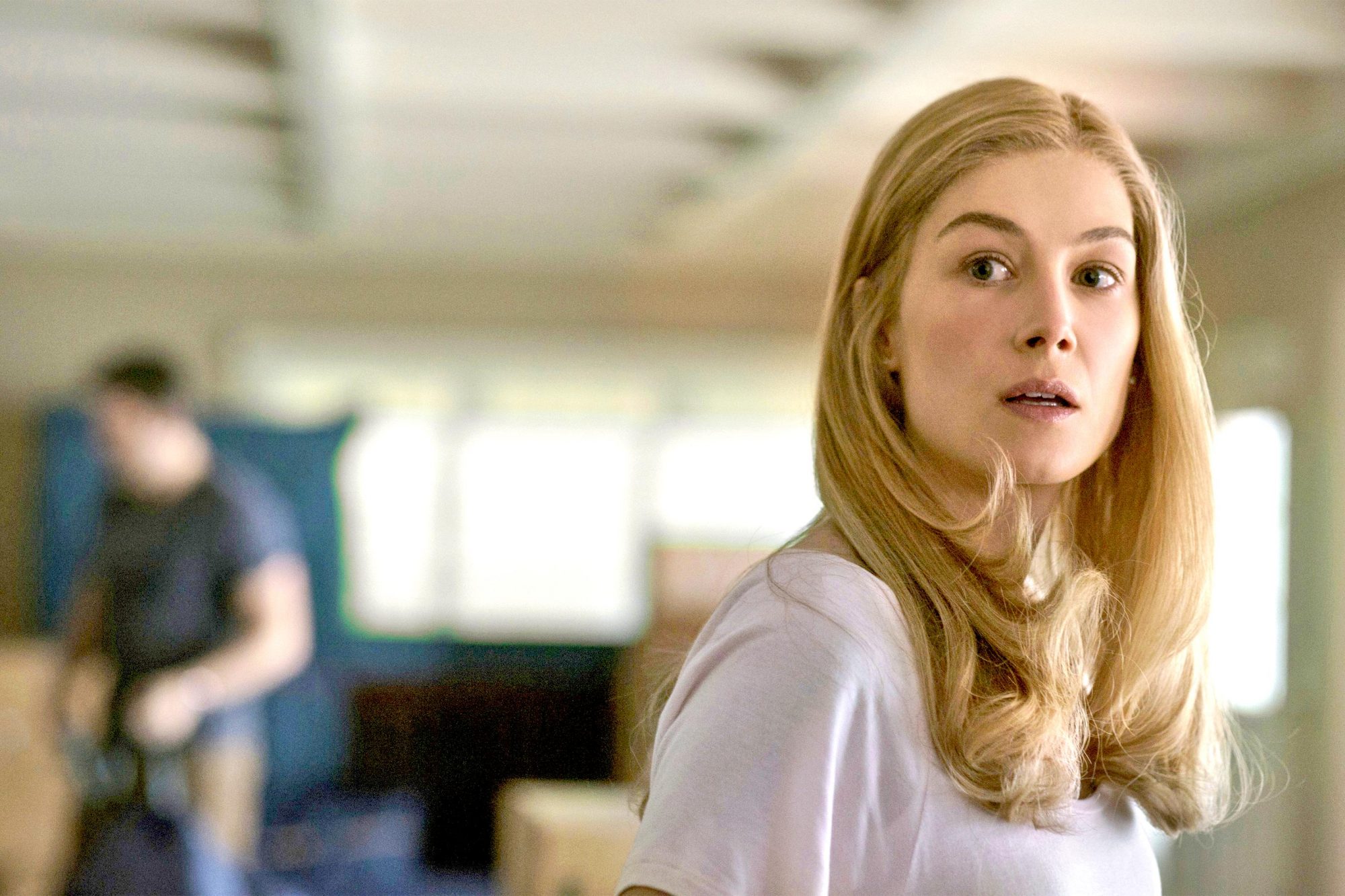 In the mood for a thrilling read? If you loved Gone Girl, then these books will be perfect for you. From psychological thriller books to murder mysteries, this list has your next suspenseful read!

Based on the popularity of Gone Girl, I’ve compiled a list of 11 books that are similar to the novel. These reads will keep you guessing and have you looking over your shoulder for any sign of danger. If you’re interested in reading these books or want more book recommendations, please leave a comment below!

First, check out this condensed list for your convenience, and if you want my reasons for all of my recommendations, I recommend you check out everything below.

The Girl with the Dragon Tattoo, by Stieg Larsson

The Girl with the Dragon Tattoo (Millennium Series Book 1)
$6.99
Check It Out on Amazon!

So I thought I’d start out with three books that have the word “girl” in them. Because that must mean that they have to be similar to Gone Girl, right?

The first of the three is The Girl with the Dragon Tattoo, by Stieg Larsson. The story involves an investigation into the did disappearance of a girl named Harriet Vanger. She had disappeared years ago, but her uncle never stop looking for and hires an investigator to look into her disappearance.

This is one that can be a little hard to get into, but when sure in, you can never stop reading.

I highly recommend it for fans of thrillers, suspense, and of course, Gone Girl.

The Girl on the Train, by Paula Hawkins

The Girl on the Train, by Paula Hawkins is often the first book people think about when you’re trying to find books like Gone Girl. It’s one of the most popular thrillers today, it was even made into a film in 2016 starring Emily Blunt.

The story involves a girl named Rachel, who is a borderline alcoholic, which makes the narrative quite interesting because we don’t know if we can trust her.

The stories about her witnessing something she can never forget, and her curiosity turning into something more.

It’s definitely one of the more suspenseful books on this list, and the unreliable narrator will easily keep you on your toes.

The Good Girl, by Mary Kubica

Nothing As It Seems: A Mary Kubica Anthology
$14.99
Check It Out on Amazon!

The Good Girl, by Mary Kubica is the third book in this list that involves a the word “girl”.

This novel centers around Mia Dent who goes missing on her way to work one morning after she had gone out with friends for drinks. Her mother hires a detective trying to find her, in the hope that they can bring her home.

It’s told from several different perspectives throughout the story before it all comes together in the end.

I would definitely call The Good Girl suspenseful and quite thrilling!

If you liked Gone Girl or books like it, I’d highly suggest picking up this read if you haven’t already done so!

Before I Go to Sleep, by S. J. Watson

Before I Go to Sleep  by S. J. Watson is another thrilling psychological suspense read that you’ll have a hard time putting down once you get started!

The novel centers around Christine Lucas, who wakes up every morning without any memory of what happened the day before or even her own name.

She’s told that she suffered from an accident and lost all memories as a result, but things start getting strange when she meets the doctor who tells her that they have been working together, and that she has a secret journal in the back of her closet. As she goes through the journal, it’s clear that something is not right with her life.

It sounds pretty confusing if I’m being honest, but it’s definitely worth trying out for fans of books like Gone Girl! It’s the story, like if 50 First Dates was a thriller instead of a comedy. I would definitely check it out.

Fates and Furies, by Lauren Groff

Fates and Furies, by Lauren Groff is another book like Gone Girl that takes place in the modern day.

It’s only told from two perspectives over an extended period of time, but there are secrets on top of all sorts of mysteries within this novel. It starts out being about a marriage between Lancelot “Lotto” Satterwhite and his wife Mathilde.

The first half focuses on Lotto’s perspective as he becomes quite successful with acting before moving into politics and everything seems to be going well. The second part switches gears completely when we learn more about Mathilde’s perspective. We learn that not everything is as it seems, which seems to be a theme with a lot of these books.

It’s a long read, but one that will keep you hooked from beginning to end!

Lullaby, by Leila Slimani is another book like Gone Girl that has been making headlines.

The novel follows Paul and Myriam, who are happily married until they decide to hire Nanny Louise to take care of their kids full time while both parents go back to work. The family seems happy enough with her at first but soon things start going very wrong as the nanny starts getting obsessed with them in more ways than one.

It’s told from multiple perspectives before coming together into something scarier then you could imagine for books like this!

This is a piece of translated fiction, originally written in French, but the translation is excellent and it’s definitely one that I would recommend for all my readers.

Big Little Lies, by Liane Moriarty is a thriller that has been made into an HBO series!

This novel focuses around three women who are each dealing with problems in their own lives.

Jane is a young single mother working to get back on her feet while juggling the many stresses of being a parent, Madeline’s marriage seems happy enough though she feels less than fulfilled at home after staying home for so long and Celeste just moved to town with her son but it slowly becomes apparent that there may be something sinister going on within their perfect looking family life.

It all comes together when one mom dies suddenly during trivia night at the school carnival…but was it really an accident?

This book is kind of a mashup of Gone Girl and Desperate Housewives, focusing on several stay-at-home mothers who were obsessed with keeping up their appearances in front of strangers and neighbors. But then all of that goes horribly wrong…

In the Woods, by Tara French

In the Woods, by Tara French is a book that takes place in Ireland and has been compared to books like Gone Girl.

It’s told from the perspective of Rob Ryan who was found as a child in the woods with blood in his shoes and no memory of what happened or why he had blood on him.

Later when he was fully grown, he became a detective, and his past haunted him as he tried to solve a child murder that seems eerily similar to his own childhood experience.

This book has been compared books like Gone Girl because it takes place over the course of several years and we learn more about each character’s perspective throughout this time frame. There are twists and turns, secrets kept from other characters as well as from you, the reader, so you never know what will happen next!

If you’re looking for books like Gone Girl, In the Woods should definitely be on your list!

The Silent Patient, by Alex Michaelides

It tells the story of a woman who shoots her husband five times in their home and then never explains why, even though she’s placed into an asylum for violent criminals.

From there we follow Theo Faber, a forensic psychotherapist, as he tries to solve the case but his investigation eventually leads him down a dark path.

This books seems so much like books like Gone Girl because it focuses on psychology, memory loss, mental illness and family relationships while still being a mind blowing psychological thriller.

Sharp Objects, by Gillian Flynn is a story about a journalist named Camille who returns to her hometown of Wind Gap in Missouri.

It’s there that she must cover the killings of two young girls while also dealing with issues from her own past and family relationships that have damaged her over time.

This book focuses on female characters while being incredibly dark and twisted at times! If you’re looking for books similar to Gone Girl but don’t want another crime novel, this might be an interesting read.

The Wife Between Us, by Greer Hendricks and Sarah Pekkanen

The Wife Between Us, by Greer Hendricks and Sarah Pekkanen is a book similar to Gone Girl that focuses on a woman named Vanessa who finds out her ex-husband is sleeping with another woman.

It sounds cliche, but what follows after is far from it. It takes real twists and turns that you wouldn’t expect, leading us deeper and deeper into a tangled mystery novel.

This book and Gone Girl both focus around women trying to get revenge against men who’ve done them wrong at some point along their relationship timelines and how those women work through their feelings and actions to reach a certain outcome.

There’s also an element of mystery involved throughout this book that will keep you guessing until the very end!

Which Will You Read First?

Which books are you most excited to read first?

Personally, I’m currently tackling In the Woods, and let me tell you, it’s intense. Seriously. I’ve barely managed to put it down long enough to write this post.

I’m sure, if you liked Gone Girl, then you will definitely like one of these options above. Let me know which you’ve picked to read next in the comments below!